Retaining walls are a hugely functional addition to a landscape, giving strength and stability to slopes, whilst being used to create a level, useable area either cut into or built out from, a sloped bank. This is a simple strategy to reclaim your space and transform unused land into the outdoors entertainment space, kids playground, or patio you’ve always wanted. Various styles of retaining wall are available to best match your outdoor landscape. Sleeper walls are similar to retaining walls, but are much shorter and offer a much lower level of strength. They are typically used to create level areas on shallower slopes, rather than the heavy bank reinforcement offered by a full retaining wall.

Process: building a retaining wall usually involves some earthworks prior to the construction itself. It is often price effective to use machinery here, to cut into the bank, move topsoil and clay, dig any drainage trenches needed, and to drill the post holes. The posts are then braced up in-situ to ensure a perfect finished wall once concrete has been poured. The posts themselves are typically braced up with falsework (wooden structure which is removed once the concrete has set). Posts are then concreted in place, giving the wall a solid foundation. Falsework is removed, then the retaining boards and drainage are installed. The wall is then backfilled with the clay which was dug out initially. Finally, a garden, or hardscaping, is established up to the wall as required. 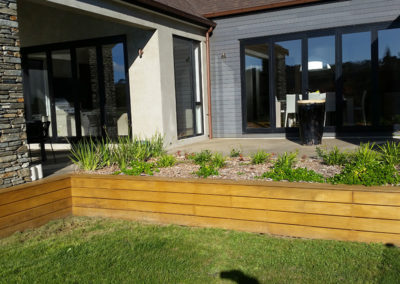 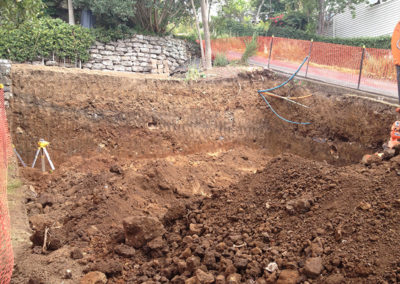 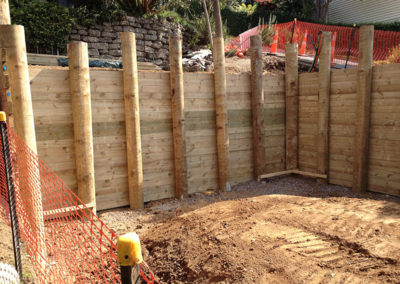 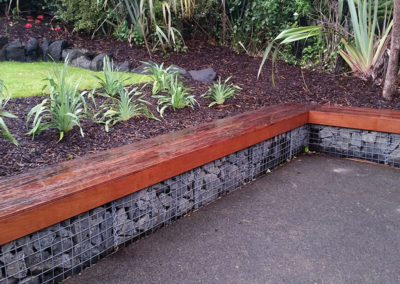 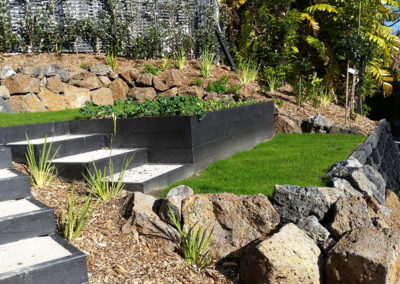 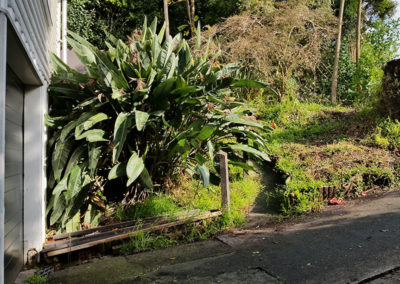 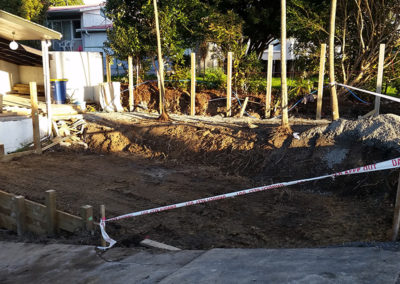 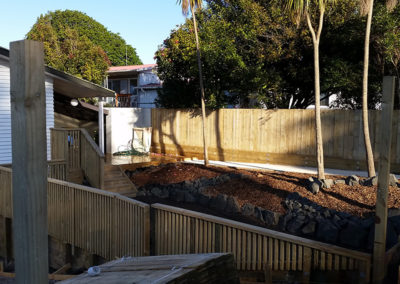 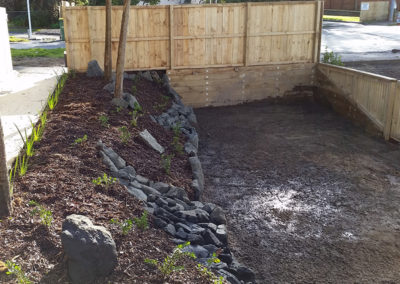 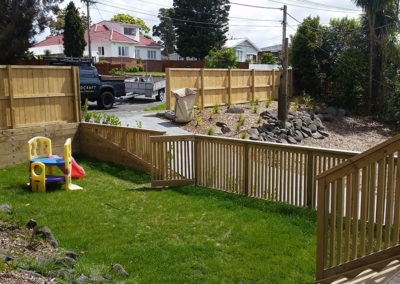 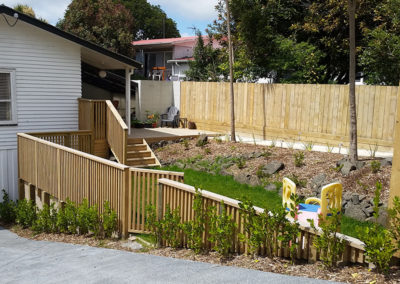 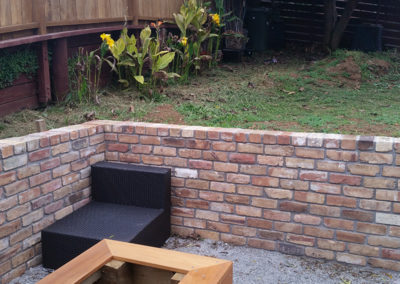 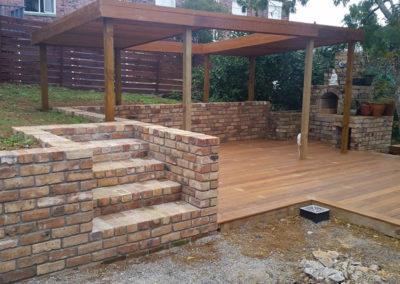